On May 21st 2019, representatives of LOTOS Petrobaltic S.A. and Enspirion Spółka z o.o., member of the Energa Group, signed an agreement on the provision of the TETRA critical communication service. The service comprises voice communication in the TETRA digital radio standard in group and individual mode, location services, and transmission of short text messages.

The TETRA service to be used by LOTOS Petrobaltic is unusual because it will be used at sea. The tests that have been performed proved that TETRA, developed by Energa Operator S.A. as a system for on-shore use, did very well also at sea and can be used by various entities operating offshore.

Under the agreement, the critical communication system will be installed at LOTOS Petrobaltic’s vessels, platforms and onshore headquarters. In the future, LOTOS Petrobaltic will be able to communicate directly with other LOTOS Group companies and port services. 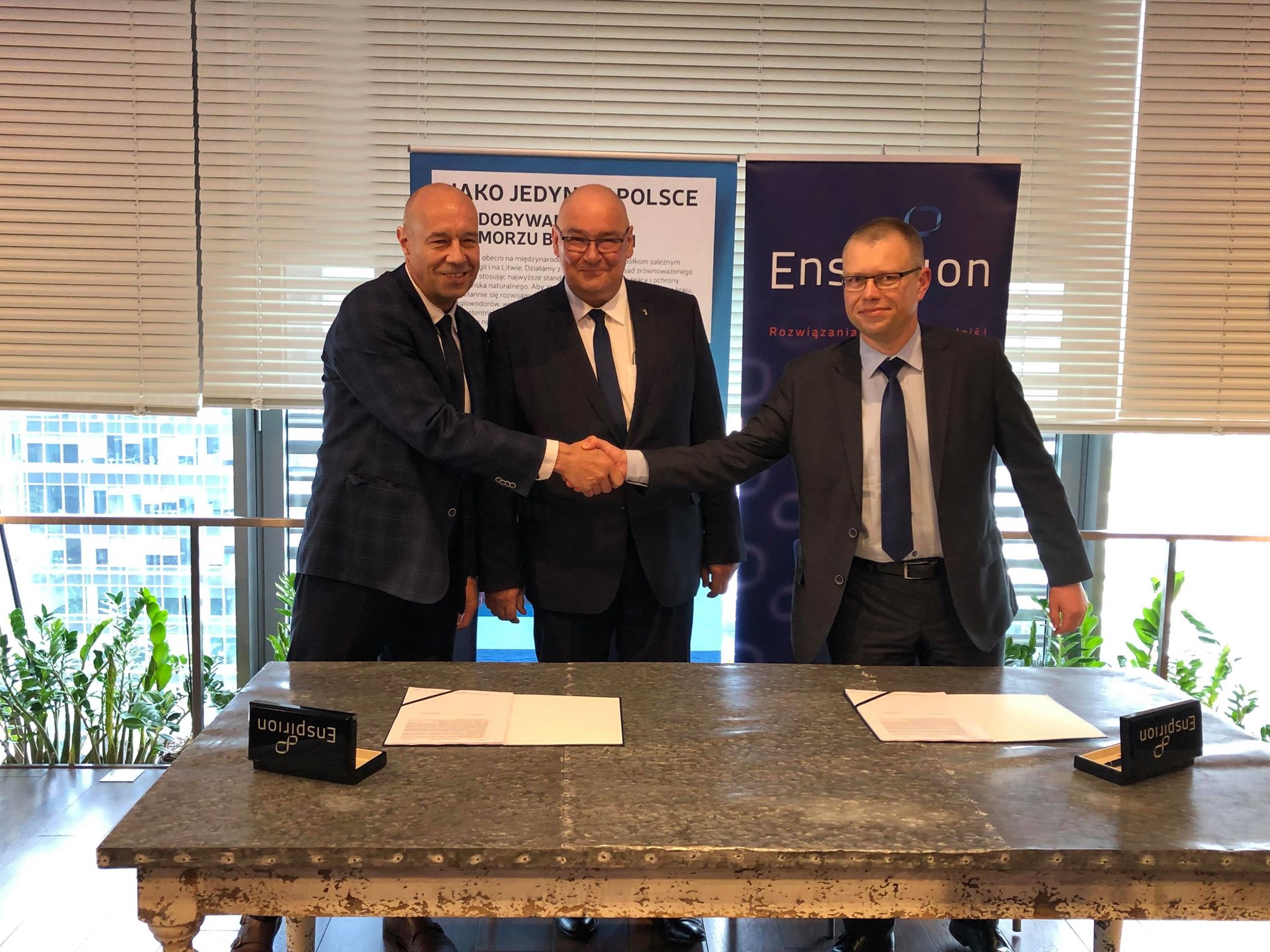 “I am very pleased that we have commenced cooperation in the use of TETRA,” said Grzegorz Strzelczyk, President of the Management Board of LOTOS Petrobaltic S.A. “The TETRA infrastructure developed by the Energa Group company covers also the area where LOTOS Petrobaltic conducts its offshore operations in the Baltic Sea. A major advantage of this system is the excellent quality and reliability of connections, which is of paramount importance at sea, mainly for safety reasons. The system will provide an additional communication channel for onshore dispatchers, the crews of offshore drilling and production platforms and the LOTOS Petrobaltic Group’s logistics ships. We are now planning to install the system on all our ships and platforms. As for the future, we are considering launching an additional base station in the B8 field, which will increase the range of the system, used for example by sea rescue services and in planned power projects (namely offshore wind farms).”

“The project, implemented for the Energa Group by Enspirion, aims to use the potential of the TETRA network to increase energy security and public safety,” said Tomasz Lesiewicz, President of the Management Board of Enspirion Spółka z o.o. “In emergency situations, reliable communication is crucial not only for the power sector, but also for the broadly defined public security. In the next stages we will be looking for partners and customers for whom reliable communication is vital, both in everyday work or service, as well as in emergency situations. Making the TETRA critical communication network available is an example of rational management of resources. This is particularly important, because development of such networks requires considerable funds, and Poland is now the only country in Europe which does not have a nationwide critical communication network. In the near future, we are planning to extend the range of our service, which is based on the network built by Energa Operator.”

The TETRA system has been tested at sea by LOTOS Petrobaltic S.A., a LOTOS Group company engaged in the production of oil and gas in the Baltic Sea. During the tests, two vessels supporting the drilling and production platforms, namely ATHS Bazalt and PSV Sylur, were equipped with radiotelephones enabling uninterrupted communication with the dispatcher on shore. The system will be installed on the platforms and four vessels supporting those platforms. The TETRA critical communication network offshore stations will also be able to support power projects, e.g. offshore wind farms.

Another major advantage offered by the system is the possibility to have selective communication, i.e. communication between any two users or, if necessary, within a whole dedicated group of users.

LOTOS Petrobaltic and its subsidiaries focus on the provision of operator and oilfield services in the Baltic Sea, i.e.: production from the B3 field, development of the B8 field in order to launch full production, and performance of exploration projects in the Baltic Sea and areas covered by onshore licences in Poland. At the same time, the company is developing its engineering, execution and design capabilities for the offshore sector, to be ultimately able to provide services to entities other than Grupa LOTOS S.A.

LOTOS Petrobaltic is a member of the LOTOS Group, whose business is of strategic importance to the national and European energy security, as well as to Poland’s economy. It produces natural gas and crude oil in Poland, Norway and Lithuania. The Company owns a refinery in Gdańsk, one of Europe’s most advanced oil refining plants, where crude is processed mainly into high quality fuels, including the LOTOS Dynamic premium brand.

Enspirion Sp. z o.o. is part of the Energa Group. It is Poland’s largest and oldest Demand Side Response (DSR) aggregator as well as a telecommunications company. It provides TETRA trunking services (radio and telephone digital standard) for the power industry as well as public safety and rescue services. Enspirion Sp. z o.o. is the only available provider of TETRA trunking services in Energa’s Distribution System Operator (DSO) area, which covers approximately one fourth of Poland’s territory.

Enspirion offers comprehensive TETRA trunking services based on Energa Operator’s TETRA network infrastructure. Energa Operator has developed its own network infrastructure, having chosen TETRA as the most functionally advanced and technologically mature standard. Its implementation has contributed to significant improvement of performance for customers (measured by SAIDI and SAIFI indicators). At present, Enspirion is the only commercial provider of TETRA telecommunications service in Poland.

The system meets the critical communication requirements, including uninterrupted power supply for 36 hours and encryption of connections.

The TETRA critical communication system has already been tested by the Maritime Search and Rescue (SAR) Service and the National Medical Rescue Service in the Gdańsk Province. In the opinion of the former, the range and quality of TETRA connections are very good. In the future, rescuers will be able to communicate with other services such as the police or medical rescue teams, which will significantly increase interoperability between various services.

General
The feasibility study for the small-scale LNG terminal in Gdańsk has been completed. As a next step, the decision will be made whether to proceed with the project. The terminal would be the first such...
General
In late March 2020, Grupa LOTOS, LOTOS Paliwa and Remontowa LNG Systems signed an agreement to build a pilot LNG docking station, to be sited at the LOTOS service station located in Gdańsk-Osowa on the ring...