Upstream activities in Norway are conducted through subsidiary LOTOS Exploration & Production Norge (LEPN) of Stavanger. As a part of LOTOS Upstream Capital Group, the company is responsible for implementation of the strategy of LOTOS extraction segment in the North Sea and the Norwegian Sea.

At the end of 2017, LEPN held interests in 26 licenses for exploration, appraisal and production of hydrocarbon reserves in the Norwegian Continental Shelf. Moreover, as part of the APA 2017 (Awards in Predefined Areas) licence round, on January 16th 2018, the company received an offer from the Norwegian authorities to acquire two new licenses: PL918S and PL910. After the company’s governing bodies receive the new licences, the number of Norwegian licences will increase to 28.

In 2017, LOTOS’ average output from the Norwegian fields was 17,000 boe/day, or 74% of the total Upstream segment’s output. As at the end of 2017, the 2P reserves in the Baltic Sea fields were estimated at 39.3 mboe (including 2.9m tonnes of crude oil and 2.7 bcm of natural gas) and accounted for 45% of the segment’s total reserves. Directors’ Report on the operations of Grupa LOTOS S.A. and the LOTOS Group in 2017. 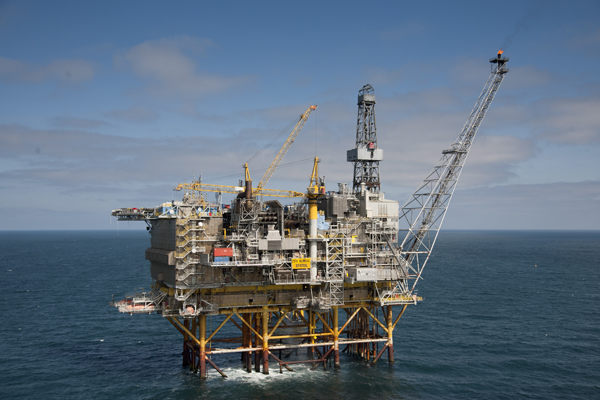 In addition, LOTOS holds a 20% interest in the Yme field, which is being prepared for redevelopment and launch of oil production. On October 27th 2017, the licence partners approved the Plan for Development and Operation (PDO) of the field, which was then submitted to the Ministry of Petroleum and Energy for approval on December 19th 2017. The recoverable reserves of the Yme field attributable to LOTOS’ interest are estimated at 12.9m bbl of crude oil. Commercial production from the field is planned to be launched in the first half of 2020.

In addition to its interests in the fields as such, LEPN also holds interests (of 5% and 15% respectively) in the Heimdal and Sleipner area gas hubs, i.e. the gas and condensate processing and exporting centres of strategic importance to exporting gas from Norway to Central Europe and the United Kingdom.

The registered office of LOTOS Exploration & Production Norge is located in Stavanger.