LOTOS Petrobaltic has six licences for exploring and prospecting of minerals. They cover an area of 6190,1 sq km located in the eastern part of Poland’s exclusive economic zone of the Baltic Sea. 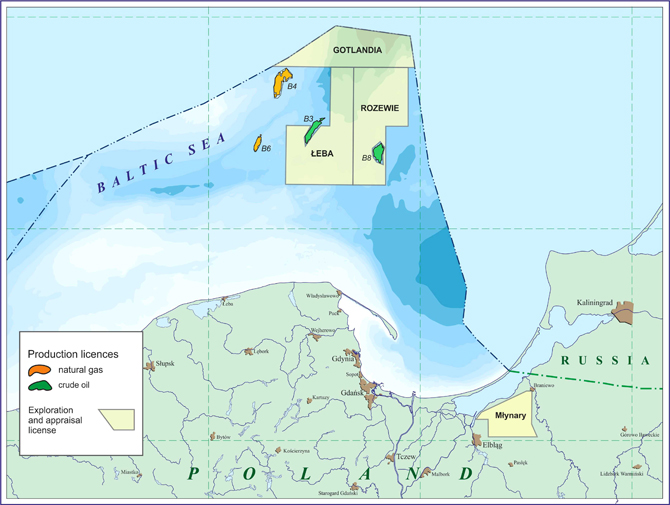 LOTOS Petrobaltic also operates on land. Since 2013, the company has worked together with PGNiG as part of the land-based Górowo Iławeckie and Kamień Pomorski licences.

In September 2016, LOTOS Petrobaltic acquired the first land licence for exploration and recognition of crude oil and natural gas in the area Młynary (province. Warmia-Mazury) of approx. 400 sq km.